That ship has NOT sailed!

Once upon a time, Peter and I bought a pair of bicycles. It had been years since either of us had been on a bike, so our excitement was tinged with a touch of nervousness as we each hopped on board and pedaled our way to the end of the driveway and down the street.

But our worries were unfounded – as they say, you really never do forget how to ride a bike – and it was glorious! Childhood memories rushed back with the freedom of the open air and the feeling of the wind on my face as we sailed our way to the end of the block.

We stopped to rest and chat for a few minutes, then decided to head back. Peter, wisely, went straight home… but I, feeling as though I really should accomplish more than just a trip down the block and back (in spite of the fact that I was out of shape and this was the first time I’d done any real exercise in a long while), decided to split off on my own and take the long way around.

At first I was fine… but all too soon my legs began to feel heavier and heavier, and by the time I’d rounded the last street on my way back I’m pretty sure they had turned to lead as I could barely force myself to move the pedals. Somehow I managed to make it home, shakily stowed the bike in the garage, and made my way inside where I collapsed on the recliner, panting and exhausted.

I could barely speak. Everything hurt. I was more fatigued than I remembered being in my entire life, and couldn’t imagine finding the strength to even lift myself out of the chair.

And I never got back on that bike again.

Oh, I intended to, once my muscles stopped aching and the memory of that bone-weariness had faded, but… I didn’t. Days, weeks, months passed as my bicycle sat in a corner of the garage gathering dust. Finally when we left Victoria a couple of years later I decided that, rather than add something more to the expensive weight of the moving truck, I’d say goodbye to my good intentions… and sold my sadly neglected bike to a friend (who, incidentally, ended up making FAR better use of it than I ever did). 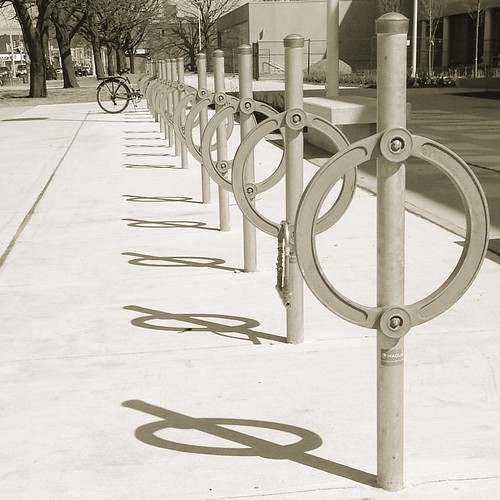 A little while back I was telling this story to a friend, and at the end added that I still hold out hope that some day I’ll be able to get a bike again – only this time, actually use it. Immediately realizing just how ridiculous that statement sounded in light of my most recent cycling experience, I laughed a trifle ruefully and said, “No, I guess that ship has sailed.” For a second I paused, suddenly uncertain, then offered hesitantly, “Well… maybe… you never know…?” The friend I’d been chatting with cut in on my unfinished thoughts with a dose of reality and said, “No, you’re right, that ship has sailed!” I laughed and agreed, and we moved on to other subjects.

Yet the conversation nagged at me.

The logical side of my brain told me that I was right, and that she was right. I’m in my (very) late 40s, I’m dreadfully (and I do mean DREADFULLY) out of shape, and I have a terrible, horrible, no good, very bad track record for bicycle riding. Everything – everything – clearly indicates that for me, the dream of having and enjoying riding a bicycle is unrealistic.

But the perverse, rebellious, optimistic-to-a-fault side of my brain fought back with a defiant stomp of the foot. WHY am I limiting my potential with self-defeating talk? WHY am I closing my mind and writing off the possibility of growth, change, progress? WHY am I allowing past experience to define and cripple my future?

No, that ship has NOT sailed!

So, unrealistic and illogical as it may be, I have decided that I am not giving up on my dream. I honestly don’t know whether I’ll ever be in a position to own a bike again – and if I am, whether I’ll be able to find the strength, stamina, and stubbornness necessary to turn me into a person who enjoys cycling – but for me, for now, that ship has NOT sailed.

Do you think it’s ever time to give up on a dream?
Please share!