by Laurel Storey on December 23, 2016
in Artsy-Craftsy

I have some time off from office work over the holiday season, and am spending part of it getting my studio and teaching supplies a bit more organized. In the process of sorting through the mess on my desk I discovered the two pieces I created for my Introduction to Zendalas class in November (I wrote about it in an earlier Tangled Tuesday post), which I had neglected to photograph individually for my portfolio. So, better late than never, here they are (in all their non-consecutively-numbered glory!): 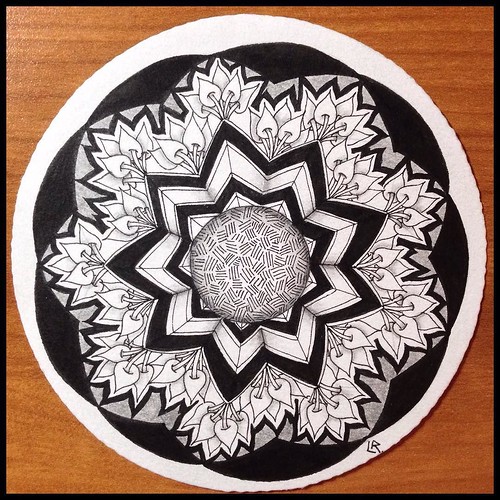 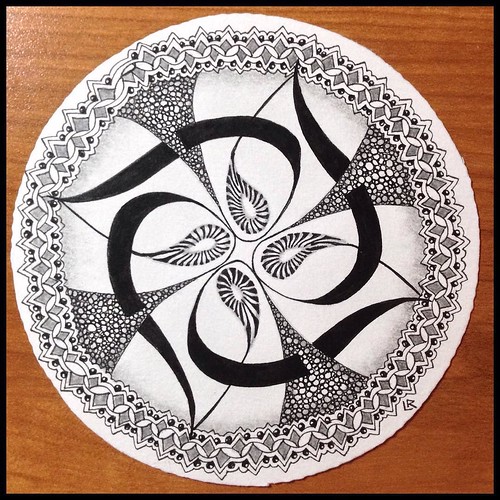 I wrapped up my 2016 teaching year with an Introduction to Zentangle class. It was a full house (plus one!), with nine students (including two delightful and very well-behaved kids under the age of 10) completing the class. Here are the beautiful tiles they produced. 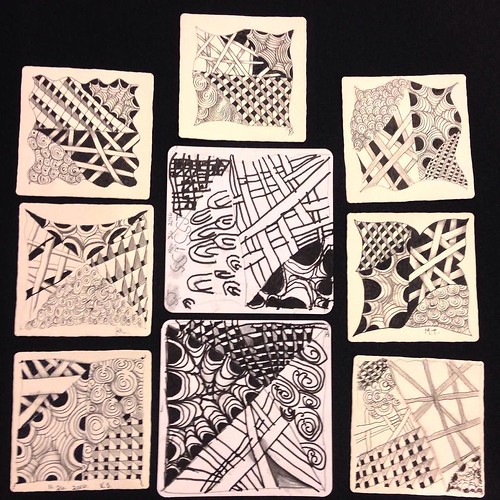 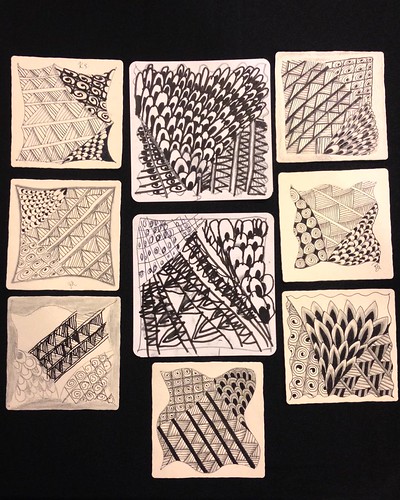 Up until now I’ve limited registration for classes in this particular venue to eight, but after seeing how things worked with nine students I decided to increase the limit to ten. I think I can make that work well, but while I’m still using a flip chart rather than a document camera and projector, ten will probably end up being the maximum I can accommodate at once.

In other news, one rather thrilling thing that happened over the past few weeks was having an opportunity to work with CBC Windsor, who contacted me about filming a short segment on Zentangle. I, along with two of my students, met up with a reporter who interviewed us on the benefits of Zentangle, with a focus on how it can help during the stress of the holiday season.

I learned from this experience that I am MUCH more comfortable being behind the camera rather than in front of it, but am glad I was brave and agreed to do the interview. I don’t know if or when the segment will air, but am keeping an eye out and will be sure to share if it’s ever made public.

Going forward, my Zentangle classes for the first three months of 2017 have been scheduled, and all are open for registration. If you’re in the Windsor-Essex (Ontario) region, I’d sure love to see you there!