If you happen to follow me on various forms of social media, you may have seen that yesterday’s Photo A Day Challenge prompt of “Disgust” inspired me to post a photo of a big bunch of cilantro (shudder!)… and the subsequent stream of comments that followed indicated that people seem to have VERY strong opinions (one way or the other) about the stuff!

In keeping with the topic of taste preferences, I thought it would be fun to revisit and update the list of foods and flavours that don’t particularly appeal to me, and give you a chance to air your own food and flavour grievances. In my case, there really aren’t all THAT many – I’m not a very picky eater (much to the peril of my waistline!) – but there are definitely some tastes that I don’t much like and will go out of my way to avoid.

(ranging from “blech!” to “don’t prefer” and everything in between) 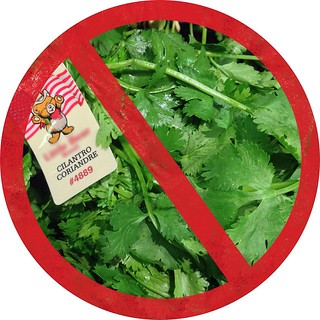 Really, that’s not too many dislikes, is it? It doesn’t look like I’m in danger of malnourishment anytime soon!

So how about you? What foods or flavours do you dislike?
Please share!