#MicroblogMondays 29 – If we met for coffee

If we met for coffee, I would tell you all about the fun I had last week with a friend of mine when we were “seat fillers” at a dress rehearsal concert and taping by The Tenors for their upcoming PBS special. I would share some interesting tidbits about being part of the audience during a recorded performance – how occasionally they had to do a couple of takes of a song to get the footage they needed… how in between songs the guys were relaxed and informal and personal… how it felt as though we were getting a VIP behind-the-scenes peek at something that would normally appear polished and perfect. And of course I would wax enthusiastic about their powerful voices and performance of the beautifully heartbreaking Con te partirò…

…both accompanied by a full orchestra. What a night!

If we went for coffee, I am sure I would bring up this article from The New York Times – Harper Lee’s Condition Debated by Friends, Fans and Now State of Alabama – and my concerns and misgivings about the publishing of the new book. The discussion might get a little heated as we debated exploitation, informed consent, and respect for the living. Trying to explain my feelings and doubts, I would share that I’d recently read the book Still Alice by Lisa Genova, which instilled in me a deep-seated terror about the possibility of ever being diagnosed with Alzheimer’s disease and eventually losing control over my decisions and life choices.

Then, realizing that there is no mileage to be gained by fretting over something that may never happen anyway, I would take a sip of my coffee and laughingly move on to sweeter and lighter topics – perhaps some tales about our lovely little cats and how they bring such joy and delight to our lives every single day. 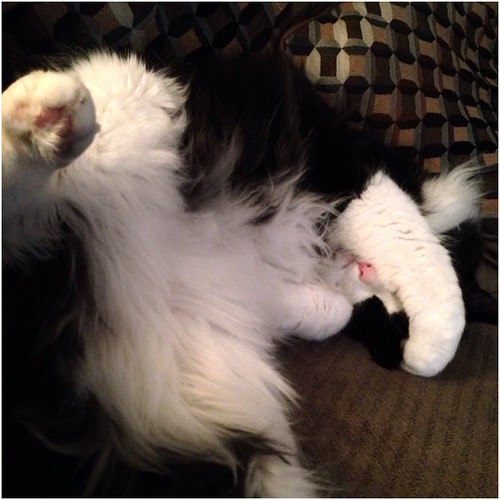 If we met for coffee, I’d ruefully mention that just as I finished writing this post and went to take a final look before sharing it with the world, WordPress lost everything but the very earliest draft… and I had to rewrite the whole darn thing almost from scratch. (Here’s hoping it was worth it!)

If we met for coffee, I would want to hear about all the interesting things that are going on in your life.

If we met for coffee, what would you tell me?
Please share!

Tagged as: Felix, if we met for coffee, MicroblogMondays, NaBloPoMo 2015, Oscar, pets